Victorian art and architecture theorist John Ruskin (1819-1900) is best known as an advocate of the Pre-Raphaelitedenomination, or the theoretical mainstay of the 19th-century Gothic Revival. This year marks the 200-year anniversary of Ruskin’s birth, and a major memorial exhibition has recently been held in Japan. At least in Japan, this exhibition stood out among other similar projects. I enjoyed wandering aimlessly, overwhelmed by the exhibited materials.

Of these, one that caught my eye was Edward Burne-Jones’ variant of “The King and the Beggar-maid”. The work from Tate Britain plays a symbolic role in my book HISTORY BUILDS. Exactly a century ago, Ezra Pound (1885-1972), an American poet, wrote about the beggar-maid’s gaze. Not long after he published the poem, which almost seemed like a manifesto for the departure from Victorian English culture, he left London and moved to Paris.

Pound painted the finished work that is now stored in Tate. Meanwhile, one day in April, I was rather lucky to come across its variant, soon after I published HISTORY BUILDS. The puzzling gaze of the beggar girl, and her translucent eyes, which were left unfinished, were posing the unfathomable mysteries of history to me —someone who has looked at the world history of modern architectural history, but at the same time could only be Japanese.

American architectural circles could not have been independent of Ruskin’s name for more than 130 years since Ruskin made his literary debut. In other words, they had to be conscious of the existence of England, inferred through the name of Ruskin. What is so unique about American architectural culture compared to that of England, the “home country”, and more fundamentally, what is one’s cultural identity? The core idea the story of this book is based on, which was studied and written as an entangled drama of architectural and other personalities, is this question of identity.

And the question which I myself was asked anew in the translucent eyes of the beggar girl was the very difficulty which left Americans puzzled.

How did I, a foreigner, come up with the ostensible themes of reviewing the history of modern architecture, and reconstructing the history of modern American architecture? Starting from Ruskin’s works, how could I keep up my enthusiasm on this matter? Come to think of it, this may be thanks to the mutual awareness of England and the intuition of the psychological closeness between different cultures. Perhaps, in order to reconsider my own identity as a Japanese architectural scholar and historian, I was moved by the need to unravel the history of other countries —the history of other countries that instinctively share problems with Japan —as objective examples.

Here, I should mention that Mitsubishi Ichigo-kanMuseum, where I found the Burne-Jones’ work, was originally designed by British architect Josiah Conder (1852-1920), with an honorable mention of late 19th century Queen Anne architecture. Conder is the founder of the genealogy of modern Japanese architecture, which leads to what we see today.

So my pursuit comes down to Ruskin’s main book, THE SEVEN LAMPS OF ARCHITECTURE, which is still in the closed stacks of the Department of Architecture at The University of Tokyo. The mystery is that the first edition in 1849 —20 years before the Meiji Restoration —lies there. It became the collection of the College of Engineering, the predecessor of the Faculty of Engineering in 1880, when Conder happened to be working as a professor of architectural studies.

It was this coincidence that motivated me to study the adoption of Ruskin’s ideas in Japanese architectural theories prior to HISTORY BUILDS.

The same kind of motivations that led me to this study in Japan already existed almost 90 years ago in the United States, kept alive until the dawn of post-modernism in the late 1960s. This really surprised me at the time I was conducting the doctoral dissertation on which this book was based.

The trend in the study of the history of adopting Ruskin’s ideas was led by Henry-Russell Hitchcock (1903–1987), a leading figure in the establishment of the theory of modern architectural history. Hitchcock’s interest in Ruskin’s influence began in the 1930s. He then realized that in the mid-19th century in the United States, pirated copies of Ruskin’s works were being printed at an unusually high rate. It must have been an unbelievable fact for Hitchcock. Thus, one’s own past, which they did not expect, was taken as a kind of curse, and he forced contradictions in his later life that were not easily resolved. Thus, Hitchcock continued to doubt his cultural roots and to be bound by them.

Studying the history of the modern American architecture drawn from Ruskin’s influence. What made this possible was the development of information technology, which continues to grow rapidly. However, the idea of pouring such information technology into the dual niche themes of “adoption of Ruskin’s ideas” in the American architectural community cannot be deduced from the technology itself. It was, so to speak, an inevitable result of questioning my own identity.

This problem began to be recognized by the Japanese as a serious problem. Why did not, or could not be Americans?

As the Hitchcock case infers, even professional historians find it difficult to objectively assess their culturally ingrained view of history. It is also extremely difficult, even consciously, to discard a view of history that has been formed by the academic system, which can be called one’s own identity. It is not limited to the American example discussed in this book —it is a universal problem.

The development of information technology in recent years is certainly effective as a means to break free from the fixated view of history. The technology I had access to in the States was truly powerful in order to accomplish the dual objectives of the book: to critically examine the American view of modern architectural history, and to reconstruct the history of modern American architecture. The effectiveness of this system can be seen, for example, in the number of historical data files that mentioned “Ruskin” —approximately 15,000 files stored on hard disks alone. In contrast, the number of entries found in a previous study in Japan was around 200 files. Several hundreds of the data I found in the States are used as primary historical materials in History Builds. This efficiency was virtually impossible even just 10 years ago. It is only natural that the history revealed from such materials is totally different from what has been known before in academia.

However, even with such an enormous number of primary historical materials, there may still be a big blind spot that historians in their own countries would not easily notice. This book also attempts to clarify that such blind spots actually existed in the past. It seemed to me, as a non US citizen, that it was my responsibility to study and record the reality observed with my eyes, eyes that are completely different from those of Americans, and hence do not regard such blind spots as blind spots.

This book is the first in the world to reveal the complete history of the American architectural world, because the first half of the book, the history of modern architecture from the 1840s to the mid-1870s, was completely unexplored in America. Of course, there was an accumulation of monographic studies of the individual architects of the period, but the theories and practices of the architects of the mid-19th century were not constantly incorporated into one comprehensive story.

We can also infer this from the fact that the oldest architect we can think of today when we hear of modern American architectural history is, for example, Frank Lloyd Wright, an architect familiar to the Japanese as he designed the Imperial Hotel, Tokyo (1919-23), and his mentor, Louis Sullivan, and at best, Henry Hobson Richardson. This is not limited to the Japanese. Few people in the world know the names of Leopold Eidlitz, Russell Sturgis and Henry Van Brandt, among others, who appear in the first half of the book.

While Richardson’s Trinity Church in Boston was completed in 1876, it was not until the mid-1850s that an official platform of architectural theorists appeared in the United States, namely the literati department began to flourish in number. That means there is at least 20 years of blank here. And this period, in the actual historical context, extends to more than 40 years of abyss between the 1850s and the 1890s, when Sullivan wrote “Form follows function”. In his history book, James Marston Fitch (1909–2000), an architectural historian and the first author of the general history of modern American architecture, called the time gap between the “functionalism” theory of architecture published before 1850 by a sculptor Horatio Greenough (1805-1852) and Sullivan’s theory a ‘leap’, regarding this period futile. The reason why I have to call my work “world’s first” is because it is a thorough refutation of Fitch’s absurd periodization, and of all the architectural historians who hold a similar, fixated view of history to be right.

All the history of modern American architecture has been written on the premise of this great leap over the blank period. This large historical blank has been left untouched for a century, from the birth of the modern architectural history of America to the present. The book explains logics that shaped this self-evident blank. To add, this blank is an invariable form of American self-consciousness that will eventually become global common sense.

I challenged American architectural history to answer this question, as a Japanese researcher. No matter how much objectivity and positivism this research may boast, I believe it is necessary to declare this subconscious mind which had been deep within me. It would be the right way to look squarely at one’s own unlived past, at the mercy of Ruskin’s illusions. It was a challenge for one architectural historian who wishes to obtain translucent eyes. 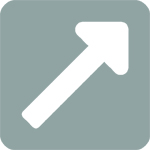